I can hardly believe we're already halfway through November! Thanksgiving is next week, and then the holiday flood gates will truly open.

As a kid, I remember the TV playing, seemingly on loop, Rudolph the Red-Nosed Reindeer, The Littlest Angel, Charlie Brown Christmas Carol and It's a Wonderful Life. Are any of them part of your holiday traditions these days?

The November gemstone is seen most often as a lovely warm honey-gold topaz color. Paired with recycled sterling silver, they'll add some sparkling "silver and gold" to your holiday season, whether you're a November birthday girl or not! 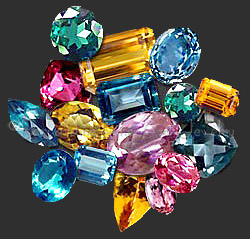 Colorless topaz is often irradiated and heat treated to give it a blue color.

In the Middle Ages and before, “topaz” referred to any yellow gem, usually chrysolite, a yellowish peridot.  Mentions of topaz in the Bible probably refer to chrysolite.

A colorless, transparent topaz from Brazil weighed in at 596 pounds in the rough, while the largest faceted gem in the world, the El Dorado topaz, is 13.6 lbs. 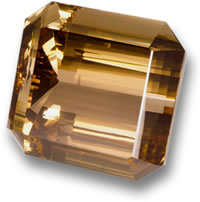 Today, topaz is often replaced by citrine under the name “gold topaz.”

Besides being the November gemstone, Imperial topaz is also the gemstone for the 23rd anniversary.

You’ll find the same warm honey-gold topaz color in our drops of topaz-colored glass.  And, since each drop is melted with focused sunlight, with these pieces you can truly “wear some sunshine!"

P.S. I know November is more than half over (yikes!!), but birthstones aren't just for birthdays - they also make great holiday gifts! *wink*
Shop Topaz-colored jewelry

Thank you for the great blog ideas! http://www.unitedgemco.com/