If you happen to be a December birthday girl - Happy Birth-mas!

Your December gemstone is my all-time absolute favorite color - turquoise blue! (I might be a tad envious.) But in general, I’ve always thought December birthday kids got a bum deal.

When your birthday is so close to a major holiday it’s all too easy to just fold the birthday into the general holiday celebrations - and there’s so much going on this time of year, who has time for another party, anyway?

Personally, I like the idea of changing things up and celebrating your half-birthday in June!  Things are a lot less crazy then and you get some time to really celebrate without all the background hullabaloo.  And you can be pretty sure your birthday won’t be hijacked by a well-meaning (or not so well-meaning) in-law.

Whenever you decide to celebrate, you can still include December’s gemstone  - turquoise blue!

Turquoise and Zircon Fun Facts
Turquoise is the primary December gemstone, and is one of the earliest stones used in jewelry - the mummy of Queen Zer of Egypt was found with four magnificent turquoise bracelets dating from 5500 B.C.  Native Americans of the Southwest called it “the highest and most valued thing in the world” and have used it in their jewelry for thousands of years.

But in the 1920’s, a spectacular new blue gem appeared on the market.  Although normally brown or green, brilliant turquoise-blue zircon was suddenly available in abundance and world-wide.  A legendary Tiffany gemologist, George F. Kunz, suspected trickery. At his request, a colleague travelled to Siam and learned that a large deposit of dull brown zircon had stimulated color-improvement experiments by local entrepreneurs.  Heat treatment changed the color drastically - they revealed the deception to the world, but demand for the brilliant blue zircons continued unabated. (source) 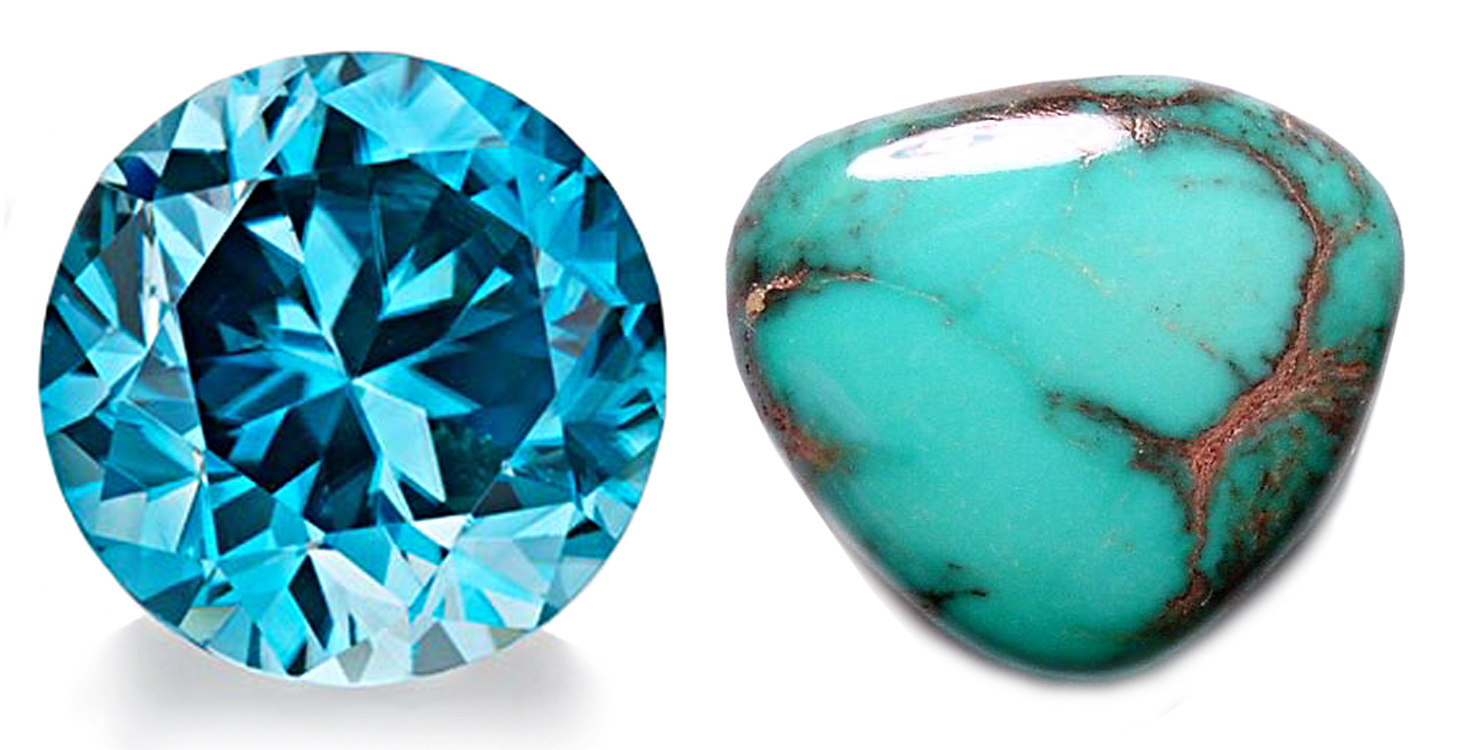 Turquoise has been associated with good luck, and warding against evil.  It was said that the stone would change color, indicating unhealthy environments or that the person wearing it was ill.

Zircon was popular as a ward against the Black Death, and believed to possess healing powers.


Whichever stone you prefer, traditional turquoise or brilliant blue zircon, you’ll have to agree that our sun-melted drops of turquoise-colored glass capture the essential turquoise blue color of the December gemstone.

P.S. Looking for a holiday gift with a different birthstone color?  Shop the whole birthstone collection!
Like this article? Share it with your friends!
Pin It
Tweet